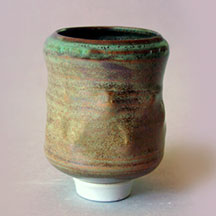 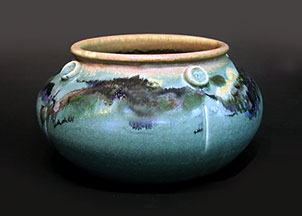 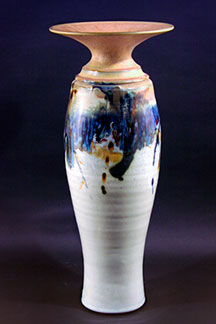 Archaeologists often define the beginning of civilization with the advent of pottery within its culture. Production of the first ceramic container was probably accidental; however, it is no accident that ceramics has evolved into one of the most studied and enduring art forms in the history of art.

Ceramic is a hard material, resistant to heat and corrosion, made by firing a non-metallic mineral, such as clay, at high temperatures. Its name is derived from the Greek word keramikos, which means “of pottery.”

On a large number of the earliest fragments of ceramic ware discovered by archaeologists, a corded design appears. Archeologists hypothesize that unfired clay may have first been used by ancient peoples to coat baskets designed to hold small seeds or grain. One day, such a basket was accidentally thrown into the fire. The basket itself burned, but its clay coating emerged as a hard and useful vessel.

The rest, they say, is the history of pottery.